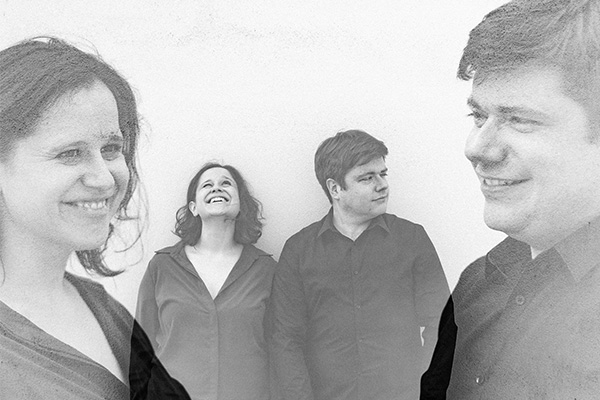 This programme was conceived for Bachfest Leipzig 2016 and performed to great acclaim. We were invited as part of the concert series “Ausgezeichnet” (which translates as “excellent”), where young award recipients of international music competitions present themselves as part of the Bach Festival.

This project is based on my studying of this repertoire as part of my diploma thesis at the University of Music and Performing Arts Vienna in 2015.

There are plenty of interconnections to discover that may not be apparent at first glance. One such example is Albinoni’s sonata in a minor, for which H.N. Gerber wrote a basso continuo realisation, which seems to have been corrected in a music composition class by his teacher J.S. Bach. Goldberg, too, was a student of Bach’s. The close proximity of his compositional style to that of his teacher led to his sonata in C major being ascribed to J.S. Bach for a long time. Telemann was close to Bach in a way, seeing as he was the godfather of the latter’s son Carl Philipp Emanuel; however, both his style and his professional development were quite different. He can therefore be thought of as a counterpart to Bach in this programme.
The programme invokes the chamber-music tradition in Leipzig during the first half of the 18th century and investigates the question what the famous “Collegium Musicum” that was led by Johann Sebastian Bach at the time may have sounded like. The title of the programme is a reference to Gottfried Zimmermann, a Leipzig coffeehouse owner who organised weekly concerts with the collegium.
This programme will be released as a CD with the label “Audax Records” in 2019.